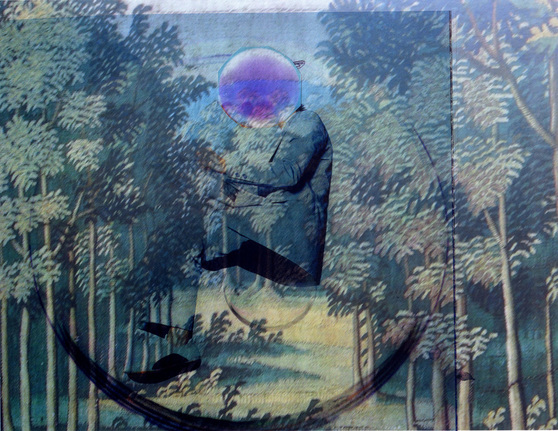 International, multi-media company directed by Antonio Lai da Teulada, was created in 1966 by Charles Matz in the USA at the University of Notre Dame, Indiana, where he taught creative writing, with the intent of bringing oral poetry into the electronic age.

Using large machine-computers and recording studio equipment, the CAM Art Co. created shout poetry that dominated in rock-music concerts with its emotional impact. In 1968, during the protests against the Vietnam War, the CAM  Art Co. went to Italy, where it remained for twenty years.
In Italy, Matz taught at various levels in Italian schools, including universities. The Company trained many actors and worked with international painters, composers, musicians, and poets.
Since the return of Matz to the USA in 1984, the CAM  Art Co. has continued to perform and exhibit its multi-media theatrical works there and around the world, including at the Valladolid International Theater festival in Spain, for the opening of the Bialystock Theatre Drama Festival in Poland, and at Padua, in Italy at the Biennale of Psychiatry and Theater.
The CAM  Art Co. was one of the first theatrical companies to use video-opera as an art form in itself, winning at Ferrara, Italy, in 1982, an award in a project that dealt with the linguistic force that represents alternative solar energy, nuclear leaks, black-outs, and the explosion of the whole vocal textural form in an operatic way. The music was composed by Joe Jones, a Fluxus composer and a pupil of John Cage, who employed solar instruments that were played by the sun itself. In October, 2006, the Company presented a multi-media ballet at Asolo, Italy, in homage to Joe Jones.
The CAM  Art Co. has always responded to controversial figures, like Antonin Artaud and Tommaso Campanella, creating roles for acting and singing in several languages and in operatic as well as non-operatic modes, also employing contemporary dance, dynamic lighting, and video film inter-actions created by Clare Ann Matz, former dancer-choreographer, and now video-maker and technical director for the company. The first of these developed oral forms was the highly successful Columbus, the Moor, with music composed and recorded by David Ryder, an English composer.
Columbus, the Moor, premiered at the historical Calderón de la Barca Theater for the Thirteenth Valladolid International Theatre Festival in Spain, in 1992, and was repeated again the same year at the Las Vegas Historical Society Theater in Nevada, USA.
The City of the Sun, in its ninety minutes, includes a twenty minute sequence of operatic-recitative composed by David Ryder. Fabrizio da Prato, a visual artist from the Garfagnana area of Tuscany, Italy, created the computer-graphic work used as a background in the opera-video projection.
The Black Sun of Ciguri, based on the life of Antonin Artaud, was presented as a video-opera-in-progress at the Biennale di Teatro e Psichiatria: Festival Internazionale del Teatro Attivo del Disagio Psichico in Padua, Italy.
The CAM  Art Co. is continuing its tradition of collaboration with musicians and composers from all around the world, and is now expanding its own musical horizons with new projects .

​"Energy" directed by Antonio Lai da Teulada, with a video by Clare Ann Matz 2020. The electronic music celebrates the energy that springs up, a chorus of solar music instruments, created by Joe Jones a well known Fluxus composer, to be ultra-sensitive to varying sunlight, thus being varied and vibrant at noon, but silent after dusk, produce the music.

Human voices Catherine and Clare Ann Matz, singing and reciting the text by Charles Matz, add to the ambient sound and electronic-funky music by La Maison.

The energy flowing towards the earth causes terror, because the phenomenon is mysterious.
These natural actions forewarn mechanisms of the large generators of the power station in which energy will be created in large quantities. The technicians struggle to make the generators work above and beyond the force of inertia, succeeding with difficulty, but only after bending and forcing the thrusts of nature.

​At the final moment, a struggle erupts between the created energy and the technicians who try to control it. This struggle is expressed in a crescendo ending in a black-out.