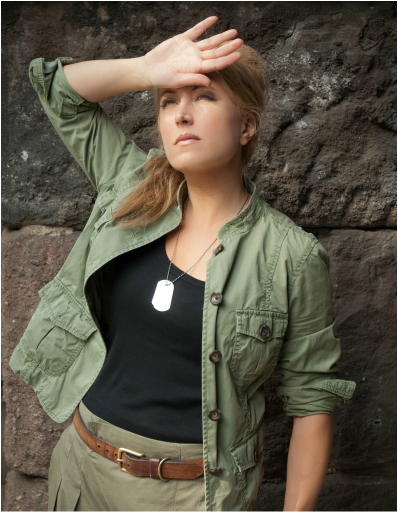 In recent seasons, she appeared in the world premiere of Zinnias: The Life of Clementine Hunter, directed by Robert Wilson. She performed Hoiby's The Italian Lesson and Weisgall's The Stronger at the Poet's Den Theater, East Harlem, and appeared in staged readings with the Center for Contemporary Opera, including a new opera by Eric Salzman.
CD's Oiseau Bleu and Savage Nightingale, Mona in Daron Hagen's opera, Bandanna, and the DVD, Colors of the Diaspora with Regina Resnik, are widely available.

Ms. Zimmer is active as a performer and as Musical Liaison for CAM Art Co. currently pioneering the creation of a new opera based on Norman Mailer's, An American Dream.
She is also working with the CAM Art Co. team on developing B Cell City.
Darynn Zimmer is a winner of the Joy in Singing Award, a Metropolitan Opera Eastern Regional Finalist, Finalist in the Luciano Pavarotti International Voice Competition, a graduate of the Juilliard School with a Master of Music, and holds a Bachelor of Music degree from the Mannes College of Music. She is adjunct faculty at the Brooklyn College Conservatory, and a guest educator for American Masters Academy of Opera in Moscow.

Ms. Zimmer serves on the boards of directors for The Joy In Singing organization, and Composers Collaborative, Inc. in New York.