Amadigi nei Nuovi Mondi nel Castello dell’Anima, [Amadis in the New World in the Soul Castle] is a nomadic neo-baroque opera which has a multi-lingual libretto written in English, Spanish, and Italian by the American poet/performer Charles Matz. The composer Gabriela Ortiz, is one of the foremost emerging contemporary Mexican composers. Her recent premieres include her video opera Unicamente La Verdad at the Festival of Mexico in collaboration with Opera de Mexico. Another Ortiz premiere was Altar de Piedra, for three percussion players and orchestra, with the Los Angeles, USA, Philharmonic Orchestra with Esa-Pekka Salonen. The Kronos Quartet commissioned Ortiz for the composition of the piece called Altar de Muertos.

Amadigi nei Nuovi Mondi nel Castello dell’Anima is a highly provocative neo-baroque opera  that carries within a fantastic story its subversive statement for personal freedom in a constricted society. The libretto by Charles Matz is a re-shaped knightly romance, a version of the story of Amadis of Gaul, and includes figures like Saint Theresa of Avila. After its increasing popularity in Europe, the Amadis story went to the New World. The baroque spirit of poets like Sor Juana Inés de la Cruz, among others, used  Old World baroque techniques alloyed to New World traditions to create, as Matz has done, startling contrasts.

In  Amadigi nei Nuovi Mondi nel Castello dell’Anima, the librettist, Charles Matz, conveys what a child’s fantasies create and then, as the child grows older, how the illusions and dreams of youth are as seen in contrast to the realities of contemporary life.

Matz  began his interest in theater when studying with the French medievalist Gustave Cohen, professor at the Sorbonne, and creator of the Théophiliens, a company of young actors performing medieval plays. Matz also had a keen interest in similar theatrical forms like the Italian Sacre Rappresentazioni.

In this nomadic neo-baroque opera the so-called reality of theatrical space of 3D sound and sight is circumnavigated. Electronic devices reproduce in real time the multi-lingual singing voices, as well as visualizations of the architectural structure of the human mind: employing pataphysical bubbles as a major element in the visually provocative set design. 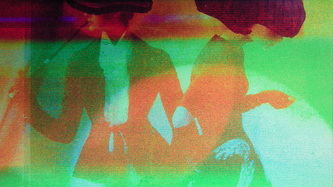 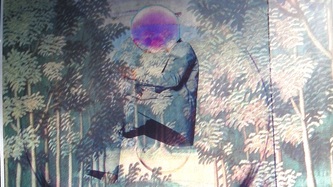 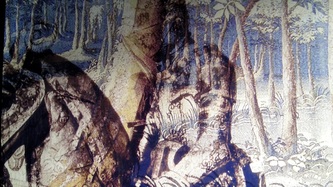